Fengshen Tire Co., Ltd.'s annual 2012 domestic maintenance marketing annual meeting was held in Guangzhou from December 1st to 2nd. The company's party secretary and general manager Wang Feng and other principals, together with representatives from more than 100 dealers across the country, seek common development. In 2011, although the company was affected by the large fluctuations in the prices of main raw materials for tires, the distributors in the country and Aeolus shared the same boat and achieved good sales performance. Fengshen's sales revenue will soon exceed the 10 billion yuan mark! 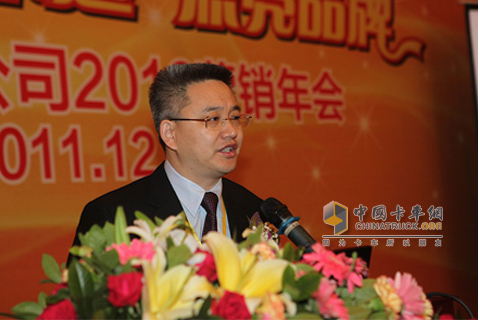 Feng Feng, General Manager of Fengshen Tire, reviewed the implementation of the company's marketing reform in 2011 and described a series of measures that the company has taken in terms of channel building, product enhancement, etc., including the â€œthree arrowsâ€ policy, WCM/CI's comprehensive Advancement, green tire manufacturing, etc. It also summarized the management measures supporting the â€œtwo forcesâ€ in 2011, including the opening of the TLCM system. In recognition of the achievements of 2011, Wang Zong also tapped the deficiencies in marketing work in 2011, including the decline in the number of effective outlets, the unsuccessful goal of terminal driver membership, the market segmentation of product adaptability, and the establishment of franchise sales teams. etc.

At the same time, Wang Feng interpreted the company's product spectrum, effectively planned the product according to the product spectrum, and made clear market positioning according to the product's function, and proposed the goal of product development in 2012. Later, the company's deputy general manager Shen Hongliang made a report on the marketing implementation outline in 2012 and raised the current problems. Focusing on these issues, we have formulated detailed measures for the development of marketing in 2012, and have specifically deployed the marketing work in terms of â€œpulling forceâ€ and â€œthrust forceâ€.

The conference also selected six outstanding dealers who made outstanding contributions to the company in 2011, and shared the successful experience of the market with excellent dealer representatives.